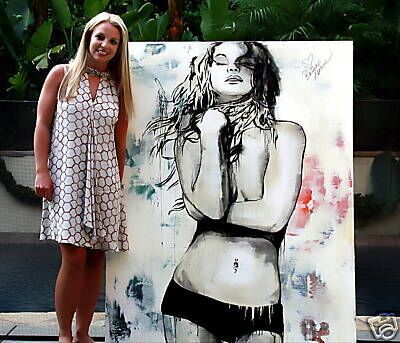 The auctioned painting of Britney Spears will benefit The Promises Foundation, which provides behavioral health services to low-income women and their children. It was donated to the charity by the Spears family.

Beverly Hills native Daniel Maltzman is the artist who created the Britney Spears painting. His work is featured in the Yankees executive offices and the Creative Arts Agency and typically ranges from $2,000-$20,000, but the auction starts at $10,000 for the Spears painting.

The auction of the Britney Spears painting is set to kick off The Promises Foundation's annual fundraiser, which raises support for Miriam's House on September 20, 2008.
3.2
Score
Popularity
Activity
Freshness
View Innovation Webinars