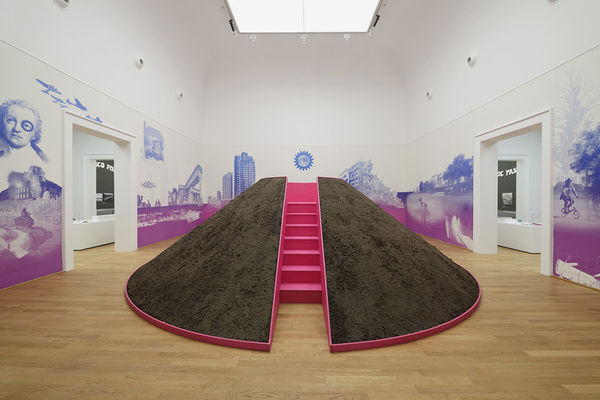 Jamie Danielle Munro — June 6, 2014 — Art & Design
References: labiennale.org & designboom
The British Pavilion has been set up at the Venice Architecture Biennale, with the theme of 'Absorbing modernity: 1914 – 2014.' For the Brits, this exploration entails a large sculpted pile of dirt with stairs in the middle.

The piece itself is titled 'A Clockwork Jerusalem,' and "explores the origins of the movement within the United Kingdom, considering the effect post-war architecture had on the nation’s population," according to DesignBoom. Considering the artwork is made up mostly of dirt, it's impressive at how sculpted the entire pavilion actually is. The display is meant to make viewers think about the way architecture is today, and encourages people to see things differently when it comes to modern building.