From Air To Land, Sea, Or Snow 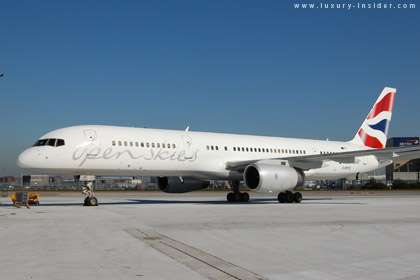 Katherine Vong — October 1, 2009 — Business
References: msnbc.msn & luxury-insider
Despite the aircraft industry being hit hard by the economic downturn, British Airways is taking a stab at something that hasn’t yet been proven a viable business concept: all-business class services at lofty prices.

British Airways’ luxury, business-class-only flights will travel from London to New York with return fares starting at a whopping $3,172 USD. But British Airways is confident in the success of this new endeavour. Its inflight Internet service alone is a major attraction for corporate jetsetters.

Douglas McNeill, an aviation analyst at Blue Oar Securities, comments, “The pioneers such as Silverjet showed there is a market. They blazed the trail but it may be that those that come later and are better capitalized that make it work.”
2.1
Score
Popularity
Activity
Freshness