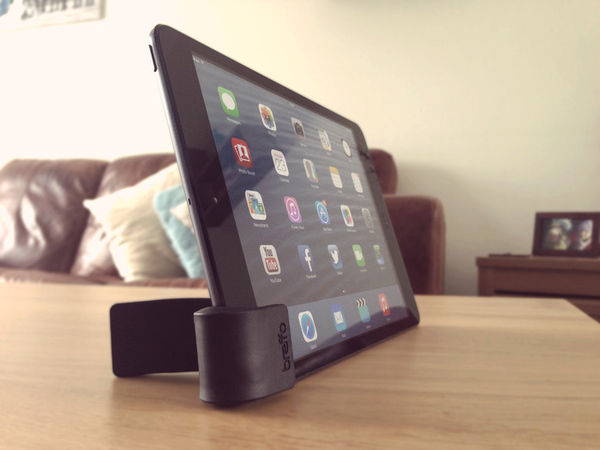 The Breffo Gumstick is a Moldable Stand for Any Handheld Device

Indeed, the minimal, modular design offered by the Breffo Gumstick that acts as a stand for any handheld device is currently absent, despite the fast growth of the handheld device market. The moldable rectangular stick can easily be bent into any shape and uphold a device, with its strong, malleable design ensuring that the device stays in shape.

Some shapes that the Breffo Gumstick can be turned into include a S-shape, with the large curve acting as the phone's backrest, while by laying it down facing up, the phone can be slipped in between a curve to adjust the angle at which the device stands upright. When finished, the Breffo Gumstick can be easily squashed and slipped into a pocket or bag for easy portability.
4.6
Score
Popularity
Activity
Freshness
Get Trend Hunter Dashboard