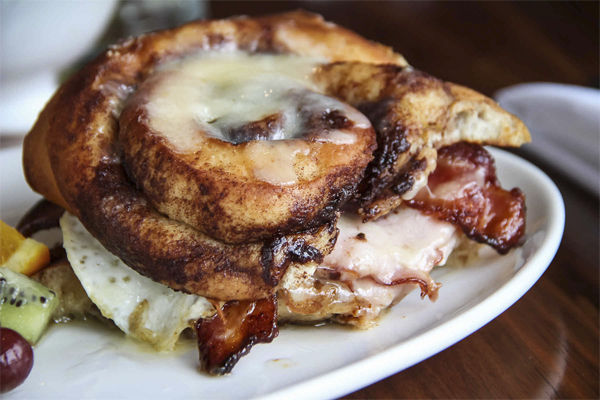 Unlike a donut sandwich, this Cinnamon Roll Breakfast Sandwich is made from two cinnamon roll buns which have been tossed onto the grill before being loaded up with breakfast sandwich staples like ham, bacon, white cheddar, fried egg and maple syrup. If you have a hard time settling on having just one good thing for breakfast, this is one breakfast creation that's sure to check off you need for something that tasted savory, sweet and ultra indulgent.