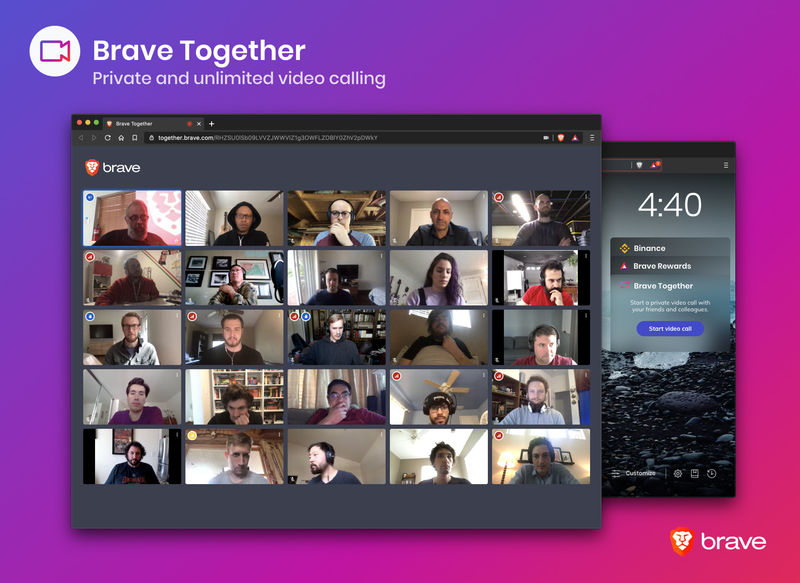 The Brave Browser Has Private Video Calls with No Participant Limits

Daniel Johnson — May 28, 2020 — Tech
References: community.brave & engadget
Share on Facebook Share on Twitter Share on LinkedIn Share on Pinterest
The Brave browser is launching a new privacy-centric video app named Brave Together. The Brave browser already has end-to-end encryption, and it is working toward including encryption for calls with multiple people. Brave Together will be available to United States users through their desktop. However, Android and iOS versions will be released at a later date. Currently, the feature is only accessible through Brave Nightly, however, it will be beta tested.

Many people value privacy during video interactions, which end-to-end encryption addresses. Additionally extending this capability to facilitate group privacy may entice companies to use the platform, which may need to discuss potentially sensitive information. Group video call swill also not have participant caps, which other platforms do.