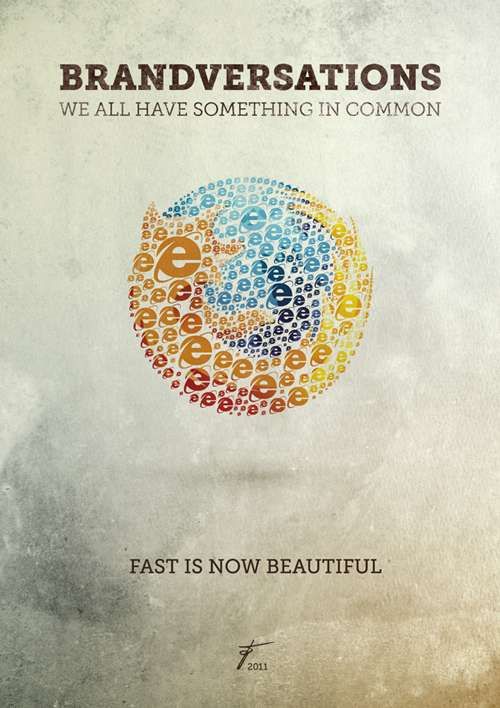 Jason Soy — August 27, 2011 — Marketing
References: behance.net & designlov
Share on Facebook Share on Twitter Share on LinkedIn Share on Pinterest
Look closely at these Brandversations posters. Otherwise, its genius may be lost in the fold as you realize the slogans in each poster actually represents a rival company. For clarification, you may peer closely at each poster to uncover tiny logos of the rival companies being used to assemble the much larger logos.

Brandversations, which is a jumbling of the two words "brand" and "conversation", is a project by Stefan Asafti, who wished to demonstrate how competing brands have helped to build the identity of their respective rivals through marketing discourse. It's actually quite interest to see competing companies playing verbal tennis with one another amidst the stadium that is the consumer market.

Implications - Consumers are now gravitating towards products which engage them on a cognitive level in direct response to mind-numbing and often condescending entertainment found in mainstream North American media. Corporations that are able to satiate consumer desire for intellectual content will garner much more customer loyalty than companies that choose not to engage the public in such a way.
6.2
Score
Popularity
Activity
Freshness
Get Trend Hunter Dashboard