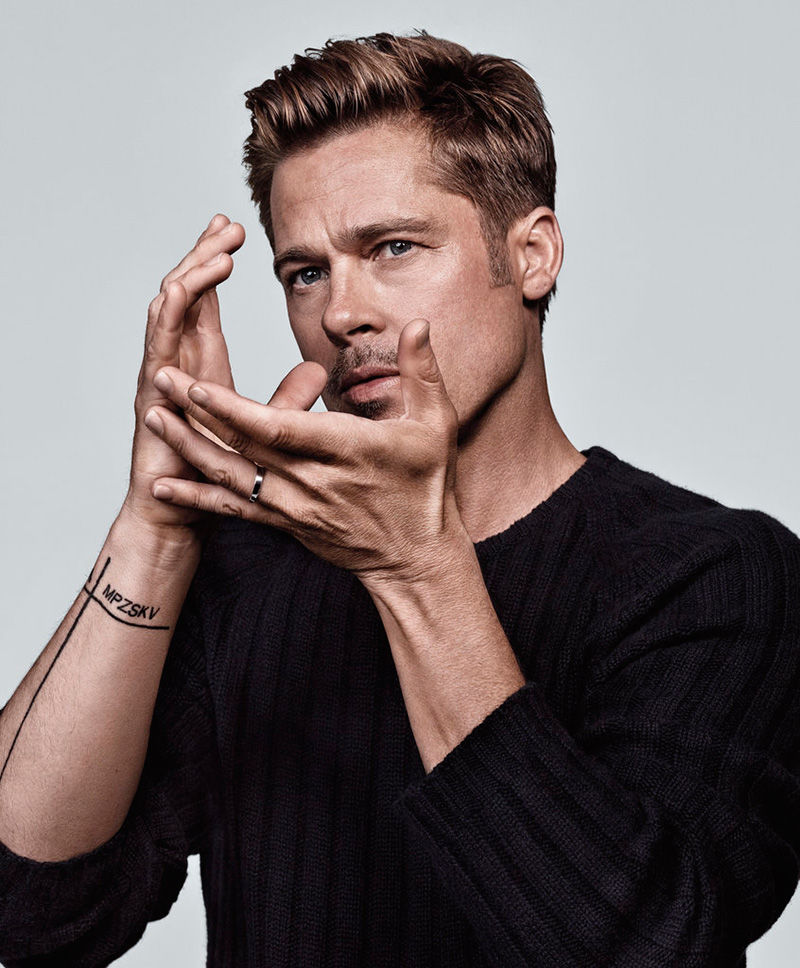 Done for The New York Times' cover story, the images show the actor in a variety of black clothing that adds to its simplistic aesthetic well. When he's shown with rolled-up sleeves, the Brad Pitt photo series exposes some of his lesser-seen tattoos as well, with the unique designs marking his forearms.

While the majority are black and white, others show the actor is full color through a slightly subdued lens, which is complemented by the monochrome workwear and crew neck sweater that he wears. The images went along with a humorous and telling interview that he gave to The New York Times, in addition to the a passage reading by the actor from 'A Brief History of Seven Killings' by Marlon James.
6.9
Score
Popularity
Activity
Freshness
Get Better and Faster