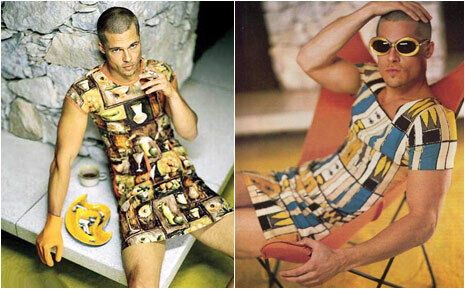 mediterranean — September 19, 2008 — Social Good
References: inlamagazine & afp.google
Share on Facebook Share on Twitter Share on LinkedIn Share on Pinterest
Brad Pitt is well known for his support to charities and good causes, from donating the millions he and his partner Angelina Jolie receive for their much-hyped magazine covers to housing and rebuilding projects that help the people of New Orleans. Now Brad Pitt has jumped into the controversial battle of “Proposition 8,” a California referendum seeking to ban gay marriage.

Brad Pitt explained his position in a statement, “Because no one has the right to deny another their life, even though they disagree with it, because everyone has the right to live the life they so desire if it doesn’t harm another and because discrimination has no place in America, my vote will be for equality and against Proposition 8.”

Even with the generous support and record $11 million donations, Geoff Kors, the executive director heading the effort to fight the proposition said supporters of the proposition “Yes on 8 campaign” have raised over $16 million.

It is very interesting to find out that gay A-list stars such as Ellen DeGeneres and Portia de Rossi, Melissa Etheridge, Elton John and Rosie O’Donnell have not donated to the cause which benefits them while their straight colleagues did…
5.4
Score
Popularity
Activity
Freshness
Attend Future Festival Virtual