Famous Degrees of Separation
Next
Set of
Related
Ideas 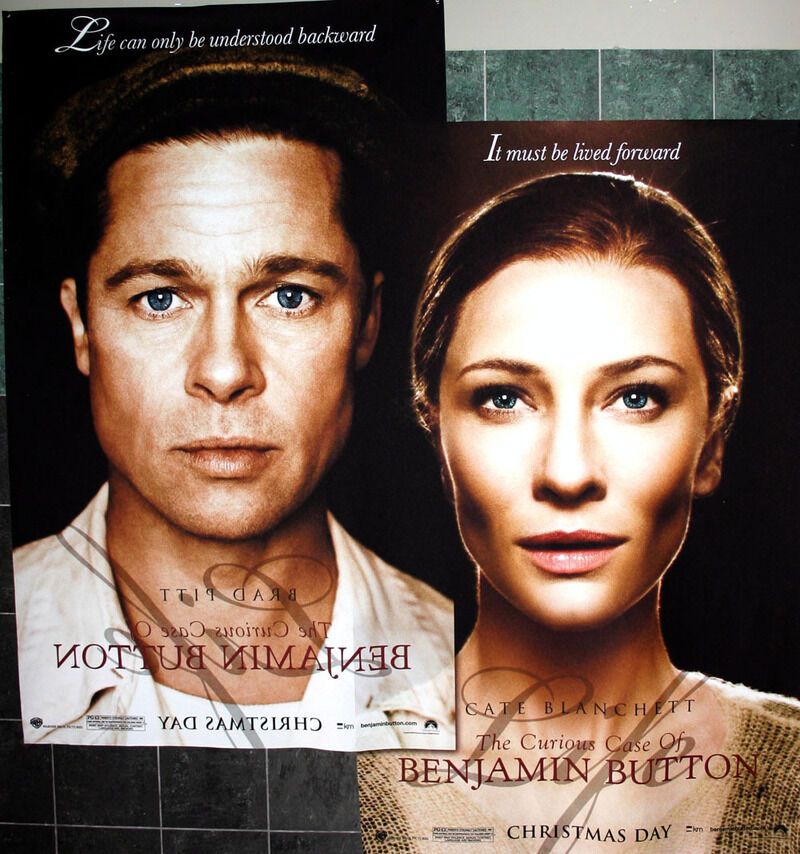 Adapted from a 1922 story from F. Scott Fitzgerald, the David Fincher directed film is about a man who is born in in his 80’s and starts growing younger instead of going though the normal aging process.

The film, which is set in New Orleans and progresses into the 21st century, will make its theatrical debut in the USA on December 25th.

On the promo poster, the caption above Brad Pitt’s head says, “Life can only be understood backward.” Blanchetts’s says, “It must be lived forward”.

Furthermore, notice the strangely asymmetrical nature of the first poster in the gallery and the intense glares of both characters.

What is the meaning behind that first image?
5.1
Score
Popularity
Activity
Freshness
View Innovation Webinars