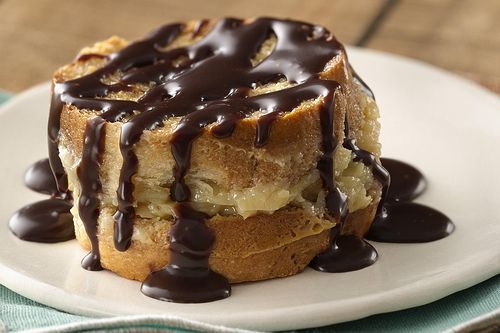 Meghan Young — November 12, 2013 — Lifestyle
References: cakespy & neatorama
Share on Facebook Share on Twitter Share on LinkedIn Share on Pinterest
The Boston Cream French Toast is like the melding of two perfect worlds for those who love donuts and french toast equally. It takes the custard filling of the classic Boston Cream donut as well as its chocolate layer and incorporates it into the traditional breakfast dish for a resulting meal that will blow people's minds.

More dessert than meal, however, the Boston Cream French Toast was made by Jessie Oleson Moore of Cakespy. Nevertheless, the recipe was borrowed by Kristen Abbott of Paoli, who is set to take part in the 46th Annual Pillsbury Bake-Off in which the winner will walk away with a whopping one million dollars.