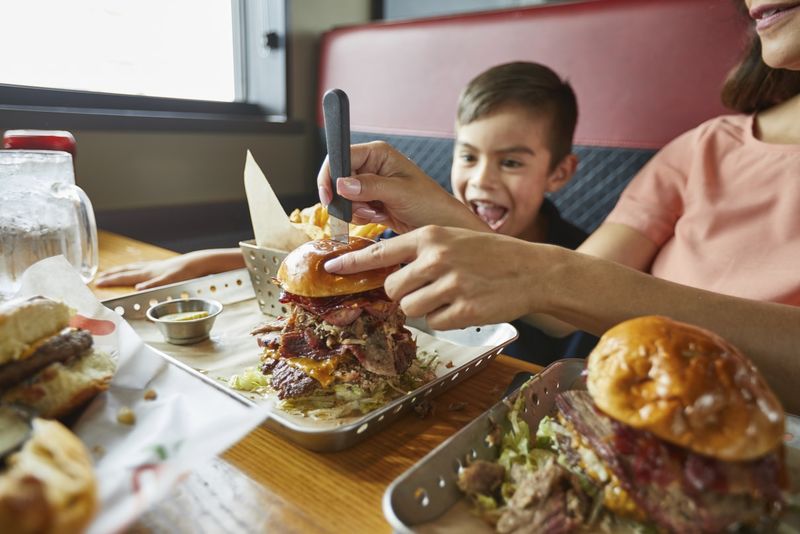 Katherine Pendrill — April 15, 2018 — Lifestyle
References: foodbeast & thedailymeal
Share on Facebook Share on Twitter Share on LinkedIn Share on Pinterest
In an effort to cater to those looking for extreme food challenges, Chili's has begun testing a monstrous five-meat sandwich called the 'Boss Burger.' Clocking in at a whopping 1,650 Calories, the new burger is not for those with small stomachs.

Chili's new Boss Burger is an extreme sandwich that is made with five different kinds of meat. The burger consists of a half-pound beef patty topped with strips of bacon, jalapeño-cheddar smoked sausage, a serving of pulled rib meat, and, finally, a piece of smoked brisket. The meat is then topped with lettuce, tomato, cheddar cheese, ranch dressing, and barbecue sauce. The burger is currently being tested at just handful of Chili’s restaurants, meaning consumers may have to travel beyond their local Chili's to sample the monstrous meat sandwich.