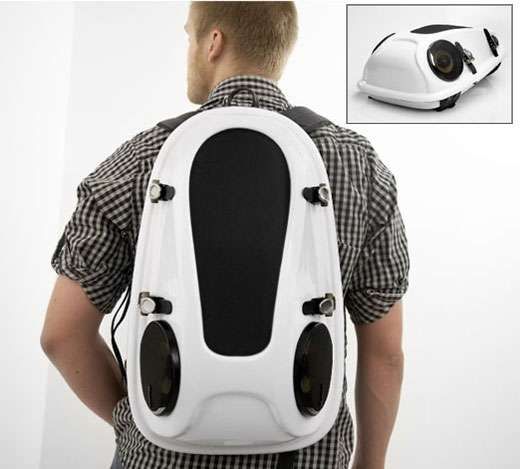 Created by Joonas Saaranen, an industrial design student at the University of Lapland, the Reppo II Backpack prototype comes with a pair of full-range built-in speakers and an amplifier. Right now the Reppo II is only a prototype and there is no word as to whether it will be mass produced and marketed.

"Reppo II is my B.A degree work," says Saaranen, who is from Finland. "It is a continuum of a mobile music concept invented during the first years of my ID studies. Reppo II is a urban hardshell backpack with speakers and amplifier to spice up the party outside. It makes peoples heads turn around and creates a unique atmosphere. The project took about 8 months from idea to working prototype and included a use of a small focus group of 10 persons."

Very cool. The young design student has recognized there is a demand for high quality yet affordable products. His goal is to help launch the era of, "design to last," as Saaranen puts it.
3.5
Score
Popularity
Activity
Freshness
View Innovation Webinars