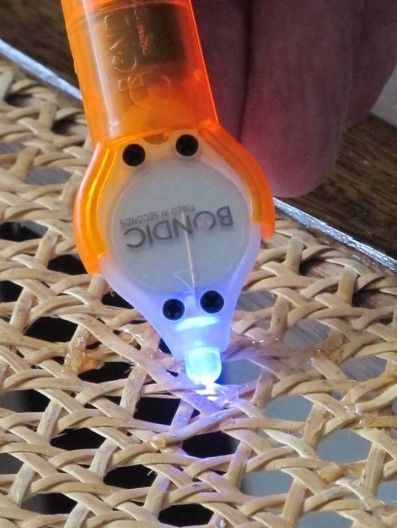 The Bondic Uses Ultraviolet LEDs to Fasten Things Together

Rahul Kalvapalle — December 9, 2014 — Tech
References: notaglue & gizmag
Share on Facebook Share on Twitter Share on LinkedIn Share on Pinterest
The Bondic is an amazing liquid plastic welder that can set objects together in only four seconds after initially being exposed to an ultraviolet light, which is included. The Bondic's ultraviolet LED is housed on one end of a reusable cartridge filled with liquid plastic.

The liquid is applied via a needle applicator, and works on items made out of plastic, metal, fiberglass or wood. Once users are done applying the liquid, they then shine the ultraviolet light on the liquid for four seconds, causing it to harden.

In addition to attaching things together, the Bondic technique also makes it possible to overlay layers of plastic on top of one another to fill gaps.

The Bondic kit containing an applicator, light and a 4-gram tube of liquid plastic can be purchased for just $22.
4.4
Score
Popularity
Activity
Freshness
Get Trend Hunter Dashboard