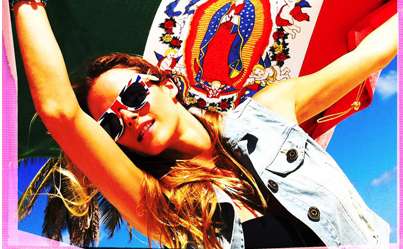 Fear not about looking pasty come the summer months, just leave it up to the revolutionary Bondi HipstaPak camera lens. The lens was created by highly regarded fashion and celebrity photographer Ben Watts. Watts started out down under in Australia and has since migrated to NYC where he's worked for big names like Victoria's Secret, Nike and Gap. Watts has also worked for big name publications like Harper's Bazaar, Glamour, Elle, and GQ just to name a few!

With all of Watts' photography experience, you know that the Bondi HipstaPak has got to be a hipster must-have this season!
4.7
Score
Popularity
Activity
Freshness
Get the 2021 Trend Report FREE