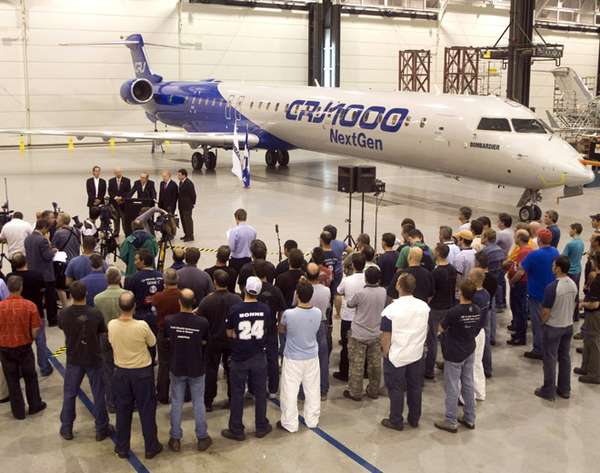 Head of Bombardier, Pierre Beaudoin, is confident the commercial CSeries jets will â€œrevolutionizeâ€ the 100-149 passenger market. Bombardier claims the design is â€œthe greenest of its classâ€ at 20% more fuel-efficiency than their top competitors.

â€œWe are engaged in active and very promising discussions with a number of airlines worldwide,â€ Beaudoin said of the planes, part of which will be manufactured in Quebec.

The province's premier, Jean Charest, says the new jets will create thousands of new jobs in the province.

â€œIt's the entire Quebec economy that will benefit, not just Montreal but the regions as well,â€ Charest said.

The CSeries will likely be embraced quickly, with soaring gas prices, a more fuel-efficient engine will help keep wallets fuller, and the environment more protected.

The images in the gallery are of the CRJ1000 prototype plane at the Bombardier plant in Mirabel, Que.
2.3
Score
Popularity
Activity
Freshness
Attend Future Festival Virtual