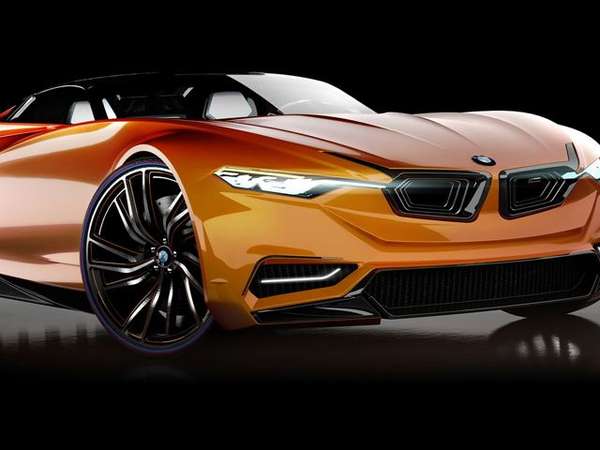 Michael Hines — April 17, 2013 — Autos
References: behance.net & carbuzz
French design students Christophe Jourd'hui and Benjamin Baron have created the BMW MZ8, a combination of the company's Z8 roadster and 8 Series sedan. The intriguing concept car has the huge size of the 8 Series and the shapely profile and drop top of the Z8 roadster.

The students designed the BMW MZ8 during an internship project at the German automaker. The MZ8 honors BMW's 40 years in motorsports, but details after that are scarce. What is known is that the BMW MZ8 is rear mid-engined and is powered by a V8 4.4-liter biturbo engine. The size of this concept car and its removable roof makes it look a bit like the Bugatti Veyron, although the MZ8's engine is noticeably smaller. Also, there's a good chance that this concept car, should it be released, would be nowhere near as expensive as the Veyron.
4.8
Score
Popularity
Activity
Freshness