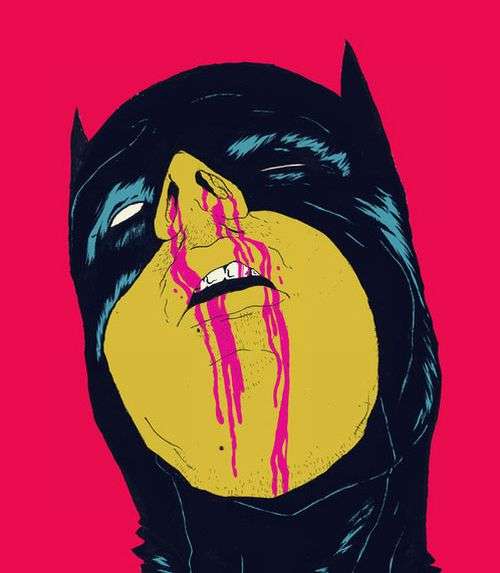 Jordan M — March 24, 2011 — Unique
References: society6 & randommization
These bleeding superhero illustrations by Boneface show a very different side of some of the most iconic comic book characters to grace the fictional world than you've probably seen before.

Drawn against bright technicolor backgrounds, these superhero illustrations show bloody and battered heroes in a seriously damaged state. Instead of merely being a little bit shaken up, each (from Robin and Iron Man to the Flash and Spiderman) is bleeding hot pink blood from their face, ears and nose in an altogether surprisingly visceral way.

For those looking to get their hands on these gory graphics, Boneface sells all of his artworks either as prints or as quirky covers for iPads, iPhones and laptops. Without a doubt they would definitely earn their value in the amount of double-takes they'd instigate per day alone.
5.2
Score
Popularity
Activity
Freshness