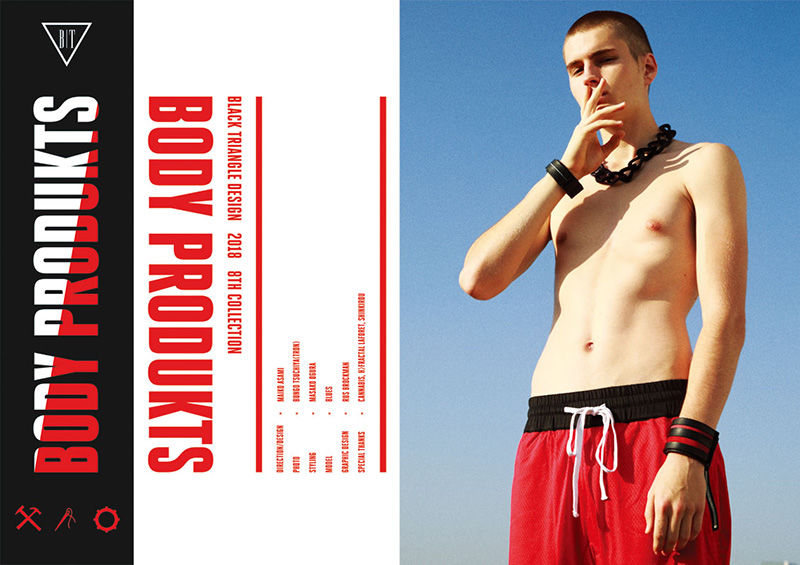 Riley von Niessen — November 20, 2017 — Fashion
References: blacktriangledesign.stores.jp & fuckingyoung.es
BLACK TRIANGLE DESIGN, a fashion label that's based out of Japan, unveiled a collection dubbed 'BODY PRODUKTS,' which is said to draw inspiration from the EBM, or Electro Body Music scene, that was at its peak throughout the mid 1980s until the early 1990s.

A part of the European new wave movement, EBM began in Belgium and then spread to different areas, with the dark synth sound proving popular among youth who were in search of an underground scene that allowed them to express themselves.

With this in mind, BLACK TRIANGLE DESIGN created a series of apparel that speaks to the EBM youth, with statement patterns and colorways marking the casual 80s-inspired apparel that comprises the collection.
4.6
Score
Popularity
Activity
Freshness