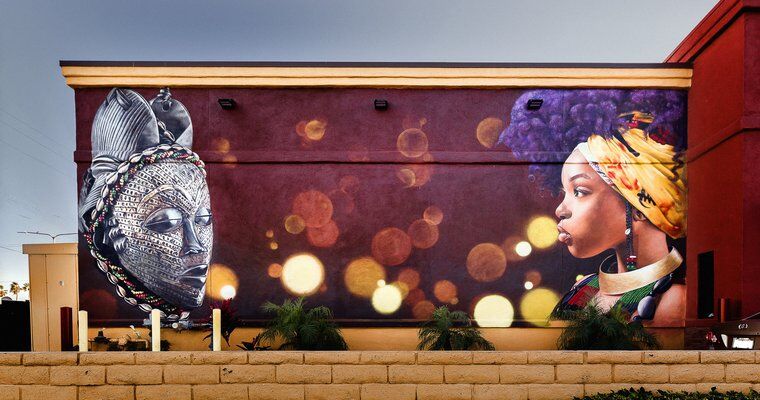 Enkone is largely celebrated for his life-like works of American icons, which have featured Prince, Kobe Bryant, and John Huggins—among many others. For its Vernon Avenue restaurant mural, El Pollo Loco gave creative freedom to Enkone, who created an expansive piece that speaks to the rich culture that the month-long event celebrates.

The company has also stated that it will donate five percent of its February sales to Brotherhood Crusade, an LA non-profit "with a vision of improving quality of life and meeting the unmet needs of low-income, underserved, under-represented and disenfranchised individuals."