How To Be A Dot.Com Billionaire Boardgame 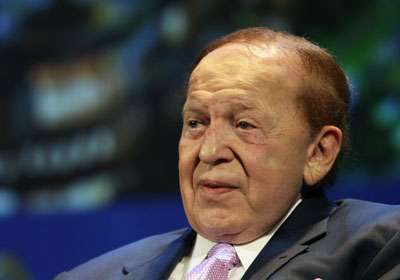 Bianca — December 17, 2008 — Pop Culture
References: forbes
Forbes proves to be keeping on top of current trends in a recession-inspired spin on their 'World's Richest' lists. America's Biggest Billionaire Losers of 2008 focuses on the grim reality of the steep financial losses experienced by some of the world's most affluent. Over the last 11 months, the 25 billionaires profiled lost a collective $167 billion.

1. Topping the list is Sheldon Adelson, a property developer in Las Vegas. In September 2007, Adelson was said to be worth $28 billion. The Chairman and CEO of the Las Vegas Sands Corp. (The Venetian Hotel and the Sands Convention Center) was making $20.5 million per day back in 2006/07. LVS shares dropped 95% since the start of 2008, costing Adelson $24 billion because "cost-conscious consumers stay away from casinos in Las Vegas and Macau," according to Forbes.

2. Warren Buffett, "the world's richest man" in March, lost $16.5 billion this year after his Berkshire Hathaway shares plummeted 28% this year.

4. Kirk Kerkorian, "the richest person in LA," and CEO of Tracinda Corporation, lost $11.9 billion off his $18 billion estimated worth. His MGM Mirage shares fell 87%, and his shares in Ford didn't help either.

7. Larry Ellison lost $8.2 billion when his Oracle and NewSuite shares fell over the last 11 months.

8. Sumner Redstone lost $72. billion in 2008 due to falling Viacom and CBS shares and Midway Games stake.

13. Dan Duncan lost $4.1 billion in his oil and gas investments.

14. Rupert Murdoch lost $4 billion when News Corp. shares fell 60% due to a fall in ad revenue.

19. Pierre Omidyar, the founder of eBay, saw his worth plummet $3.2 billion.

24. Maurice "Hank" Greenberg watched the value of his AIG shares go from $2.6 billion in January to under $100 million today.