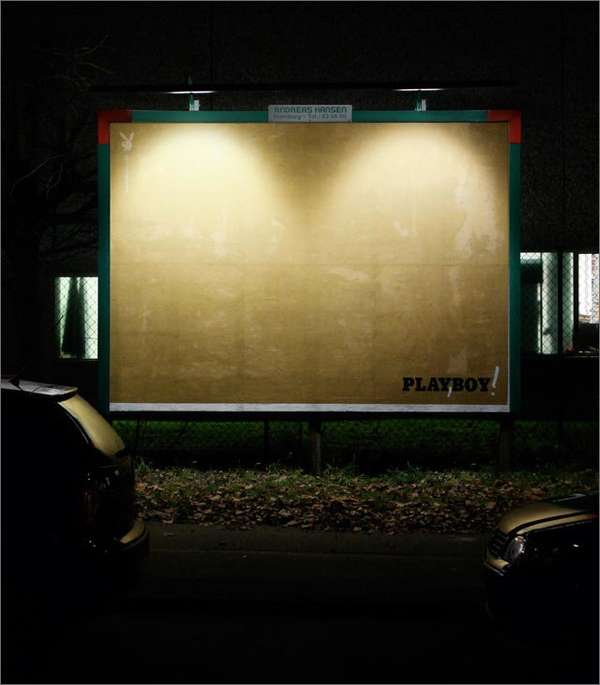 The challenge was to create a billboard that makes men aware of PLAYB0Y in a subtle unusual way using the idea of “PLAY, BOY!” without using nudity.

The Philipp und Keuntje ad agency, Hamburg, Germany came up with an outdoors billboard design that is kid-friendly during the day with just the logo and “PLAYB0Y” word visible on a golden background. However, when lit at night an illusion of two breasts is created with the “PLAYB0Y” becoming “PLAY, BOY!”.

Check out another creative PLAYB0Y ad that looks innocent until you look close: