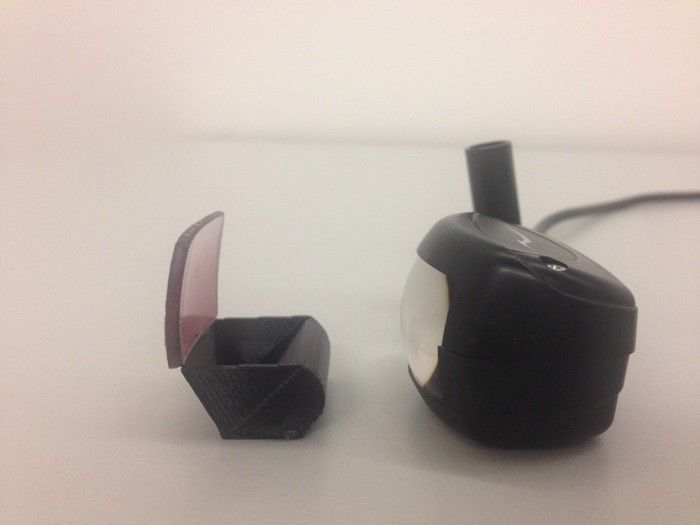 Rahul Kalvapalle — November 24, 2014 — Autos
References: bike-hud & gizmag
Share on Facebook Share on Twitter Share on LinkedIn Share on Pinterest
The BikeHUD Adventure is a motorcycle heads-up display, developed by Bikesystems, that offers a variety of futuristic functions such as a live rear view camera and video recording. This contraption is slim, boasts a transparent display and can run wirelessly off a smartphone, making it a significant upgrade over its predecessor the BikeHUD.

The BikeHUD Adventure comes with its own on-board battery, which makes it possible to run it via a smartphone without having to install any extra gear on your bike.

Bikesystems is currently running a Kickstarter campaign to attempt to raise $187,886 to cover production costs. A pledge of $385 will get you all set up, with the high-tech contraption set to be delivered from August 2015 if the campaign hits its fundraising target.
1.3
Score
Popularity
Activity
Freshness
Attend Future Festival