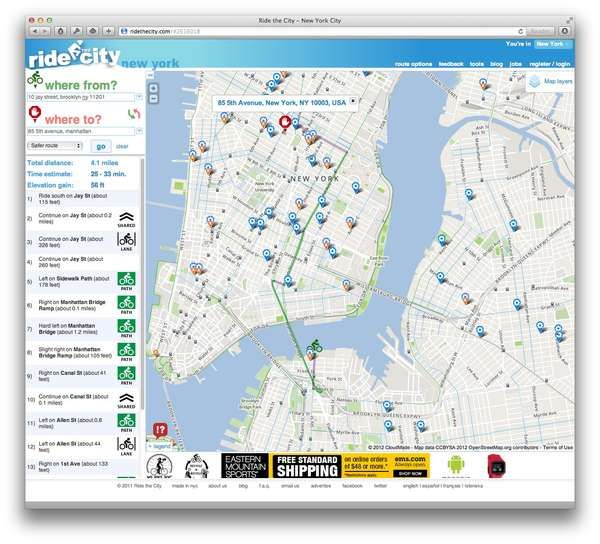 Ride the City Finds the Shortest and Safest Routes for Cyclists

Ryan Fowler — April 21, 2013 — Tech
References: ridethecity & swiss-miss
Share on Facebook Share on Twitter Share on LinkedIn Share on Pinterest
'Ride The City' is a service that finds the shortest and safest routes for cyclists looking for bike route apps that will help them with efficiency on their travels. At this point 'Ride The City' offers services that include various American, French, Spanish, Australian and Canadian cities. With such large populations and congested traffic in the major cities, this application is not only an efficient tool, it is also likely a life saver.

In Toronto alone, there are so many problems with cyclists having accidents with vehicles and pedestrians, an application like this is sure to offer a great solution for cyclists who are looking to act responsibly, not only for themselves but others as well.

Although this application has geographical limitations, it will surely catch on and expansion maps should be available in the near future.
1.9
Score
Popularity
Activity
Freshness
Attend Future Festival