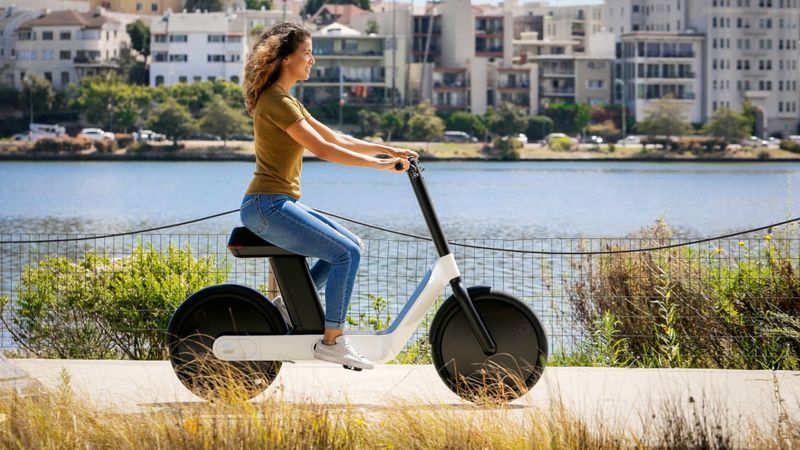 Karmic Bikes' Oslo is Touted as the "Bike of the Future"

Laura McQuarrie — September 18, 2019 — Eco
References: kickstarter & fastcompany
Share on Facebook Share on Twitter Share on LinkedIn Share on Pinterest
After launching its first electric bike in 2015, Karmic Bikes is now introducing the Oslo on Kickstarter as an easy-to-use "bike of the future." The modern personal electric mobility system boasts a design the appeals to the urban rider and addresses some of the reasons why people in cities don't ride bikes. The Oslo has a comfortable seat, storage, easy acceleration and an industrial and minimalist design that lends itself well to commuting, running errands or simply exploring the city.

Oslo is a Class 2 Ebike, meaning that it has a limited top-speed of 20mph and offers three levels of pedal assist: Eco, Normal and Boost.

With the Oslo, Karmic updated its battery system, making it possible for riders to pull out one drained battery and instantly replace it for a fully charged one.
6.9
Score
Popularity
Activity
Freshness
Jeremy Gutsche Keynote Speaker