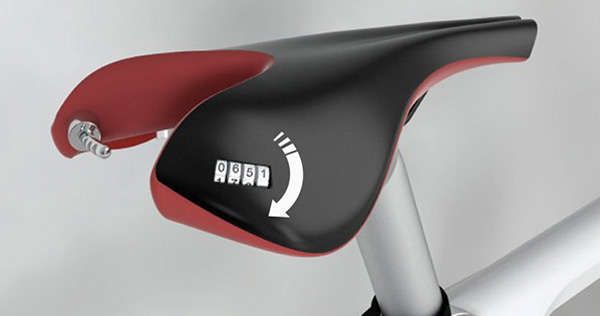 The Multi-Tasking Seat That Doubles as a Bike Lock

The lock is a system that is a part of the bike itself. By pushing back on the bicycle seat it will enter a locked position, which can only be repositioned with a code.

With the seat in its vertical position, it blocks the back wheel from spinning, rendering it useless for any potential robberies.

The best part is, it can be locked anywhere: in front of your house, on a busy public sidewalk: even in the middle of a desert. Although, if for some reason you got a bike into the middle of the desert, I'm sure there are bigger things to worry about.

This bike lock is the winner of a red dot award for its clever design concept.