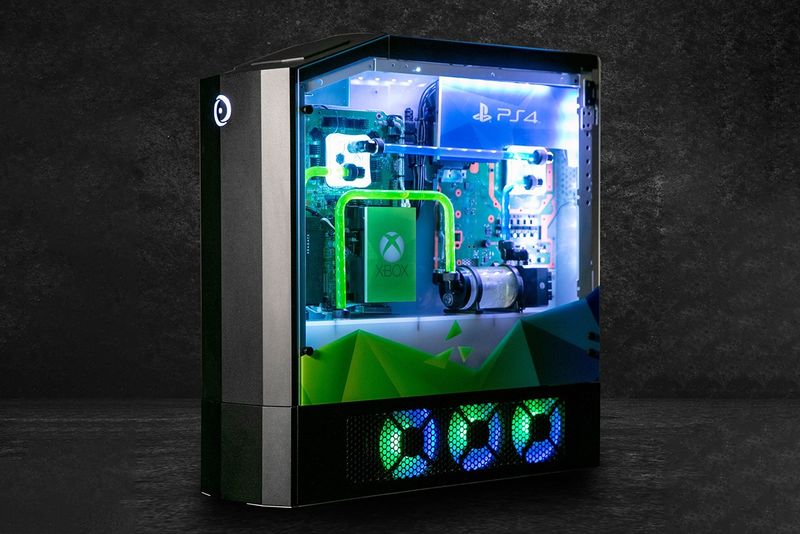 Daniel Johnson — January 8, 2020 — Tech
References: originpc & hypebeast
Share on Facebook Share on Twitter Share on LinkedIn Share on Pinterest
At CES 2020 Origin revealed its 'Big O' gaming console, which will have a $2,500 price point. The gaming system features a dual-chamber that houses a PlayStation 4 Pro, as well as Xbox One S, consumers will also have to option to equip one of the consoles inside the machine.

Consumers will also have the option to choose the configuration of their machine, where they will be able to choose between two different CPU options. One of the options is an 'AMD Ryzen 9 3900X,' and the other is an 'Intel i9-9900K.' Additionally, storage upgrades are also available for the gaming machine.

The company initially created the Big O with both consoles, as well as a Nintendo Switch, however, the version showcased at CES did not include the Switch.