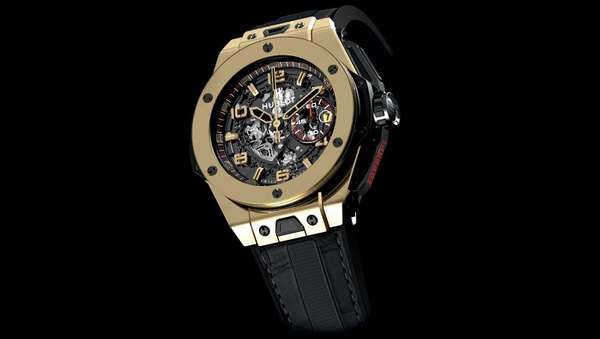 Everything about the design of the Big Bang Ferrari watch oozes decadence and extravagance. The gold material used on the face of the watch was specially created for the collaboration and is virtually indestructible. It was also designed to mimic well-known attributes and functions of Ferrari cars, from elongated buttons on the side of the watch that operate like pedals, to the face of the watch that was modeled after a dashboard. The car mecca's signature silver horse also makes an appearance on the faceplate.

Pricing has not yet been released for the item, but judging by the pricing of other watches in the Hublot lineup, buyers can expect to pay upwards of $50,000 US to get their hands on one.