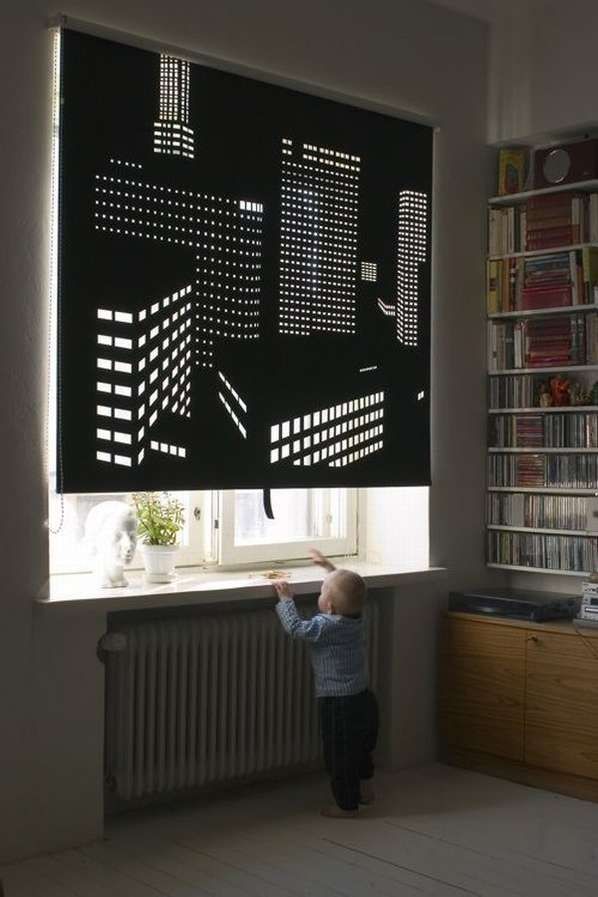 Bianca — February 19, 2008 — Art & Design
References: fiaskodesign & saumadesign.net
Share on Facebook Share on Twitter Share on LinkedIn Share on Pinterest
Do you ever dream that instead of looking at your ratty lawn during the day that you could see the twinkling lights of huge metropolitan city? Or maybe you're stuck with a horrible view of a neighbouring concrete building. If you want a change of scenery without leaving your home, then you'll love the nightscape blinds by Elina Aalto.

By pulling down the Better View Curtain during the day, you can fake a twinkling view of Helsinki and Tokyo, and soon, Stockholm and Paris. They have tiny slits sliced in to create the skylines of these famous urban cores, so they illuminate just from using the natural sun.

"The images represent a selection of cities that Elina has traveled to in the last few years and the photographs are by her," according to Sauma Design. "The chosen views are of contrasting cityscapes: skyscrapers in Tokyo, 60s modernism in Helsinki and 19th century architecture in Paris."

It doesn't seem unreasonable to think these would work put up on a raised frame with funky coloured lights behind it. That way you could have the romantic setting any time, regardless of the sun's position.
2
Score
Popularity
Activity
Freshness
Attend Future Festival