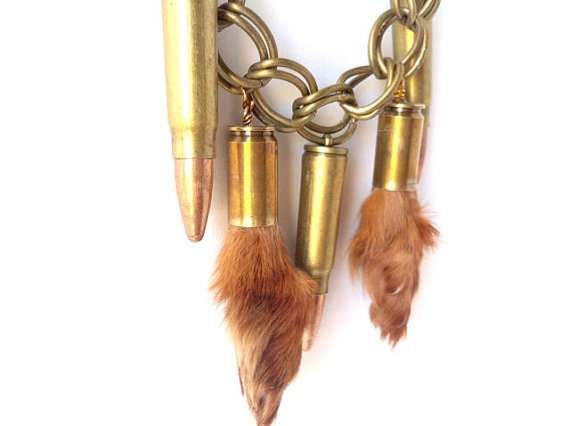 'Bete Noire' by Saija is Made for the Haute Huntress

Playfully dark, the line carries a series of accessories with fur detailing. Each piece is meant to capture a moment in a story, not simply evoking an emotion but developing a persona to pair with the artwork. The collation features a full antler necklace, a mink coin purse and a side bag complete with fox jaws. A memorable piece is a necklace with bullet charms. The juxtaposed coldness of the harsh bullets and the fuzzy bits of fur are disturbing and eery.Though the use of taxidermy may be off-putting to some, the couture’s motto preaches 'Memento Mori.' The designer states on her site, “remeber you must die one day too. Instead of seeing death as dark and gloomy, pieces reflect the natural cycle of life…”