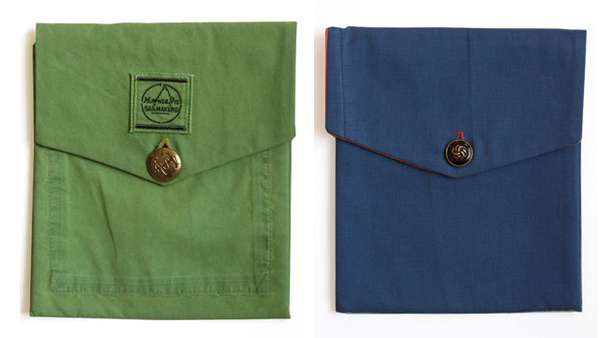 Bernie Madoff's Clothes are Auctioned Off & Upcycled Into an iPhone Cover

Omar Yusuf — August 11, 2011 — Eco
References: nypost & gizmodo
Share on Facebook Share on Twitter Share on LinkedIn Share on Pinterest
Responsible for architecting the largest Ponzi scheme in history, Bernie Madoff was promptly tried and sentenced to 150 years in prison, the maximum allowable sentence. However, the former investment advisor didn't take his belongings with him to jail, so now his expensive apparel and accessories are being converted and upcycled into iPhone and iPad cases!

After purchasing the fraudster's entire wardrobe at a federal auction, entrepreneur John Vaccaro had the threads cut, disassembled and refashioned into smartphone cases, holders and cosies. As news spread that all of Bernie Madoff's suits were being repurposed, word of mouth ensured that the cases would be sold out in mere minutes.

According to the designers who upcycled the clothes, a pair of Ralph Lauren dress pants could provide enough fabric for as many as four cases! For Wall Street regulars, Bernie Madoff's underwear might make for a novel smartphone case. For those he drove into poverty or disrepute, its a mantlepiece.
1.7
Score
Popularity
Activity
Freshness
View Innovation Webinars

Upcycled-Auto Pottery
UBeauty Pots are Made from Worn Out Tires