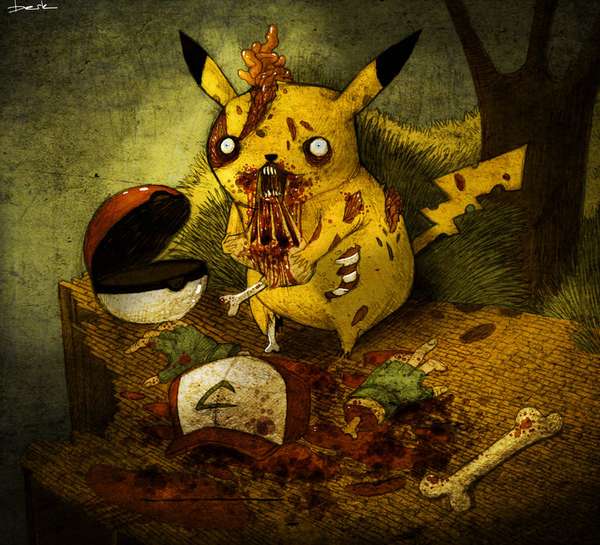 Berk Ozturk is a Turkish illustrator whose specialty is taking beloved children's toons and dragging them through the dark recesses of people's minds to create these surreal and disturbingly satisfying images. Yup, that's Pinocchio's nose stabbing Geppetto in the eye and Pikachu gnawing away at the remains of Ash Ketchum. Probably the most disturbing image of all from Berk Ozturk's collection of twisted illustrations, though, is Mickey Mouse hanging himself.