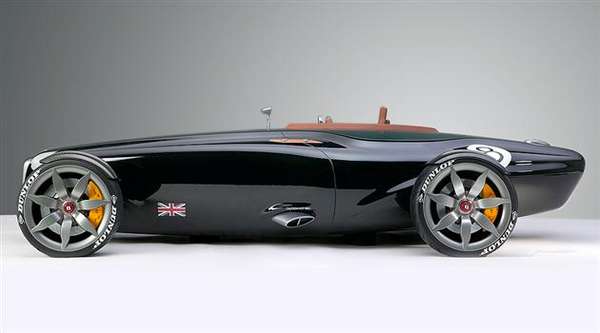 The Bentley Barnato Roadster Concept is Brimming in Chic Details

Created during his eight-month internship, Voith's concept brings back details from the 1920s. The torpedo-like silhouette combined with the treaded tires has resulted in an eye-catching juxtaposition of elegance and rugged power. The window-less profile adds to the streamlined look, eliminating breaks in the sleek and slim body. This one-seater car may not be fit for cruising along highways, but certainly would have a few heads turning parked on the sidewalk.

The Bentley Barnato Roadster concept is an example of when contemporary and old-school are brought together beautifully.
5.2
Score
Popularity
Activity
Freshness