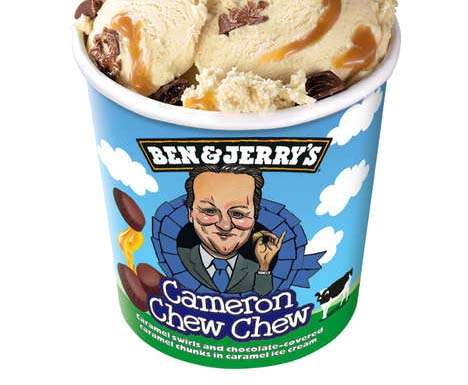 B&J has renamed their iconic flavors for the main election hopefuls, and daily ice cream sales will be recorded for the Ben & Jerry¹s Election Swing-o-meter.

In the blue corner is the super-sweet Cameron Chew Chew; packing a punch in the red corner is Gordon Fudge Brownie. And, an awesome alternative in the yellow corner is none other than Cheesecake Clegg!
If these aren't enough, keeping it green is Baked Alucas, while Fairtrade Fairly Nuts Monster Raving Loonies provides a smashing, nutty alternative to the others.