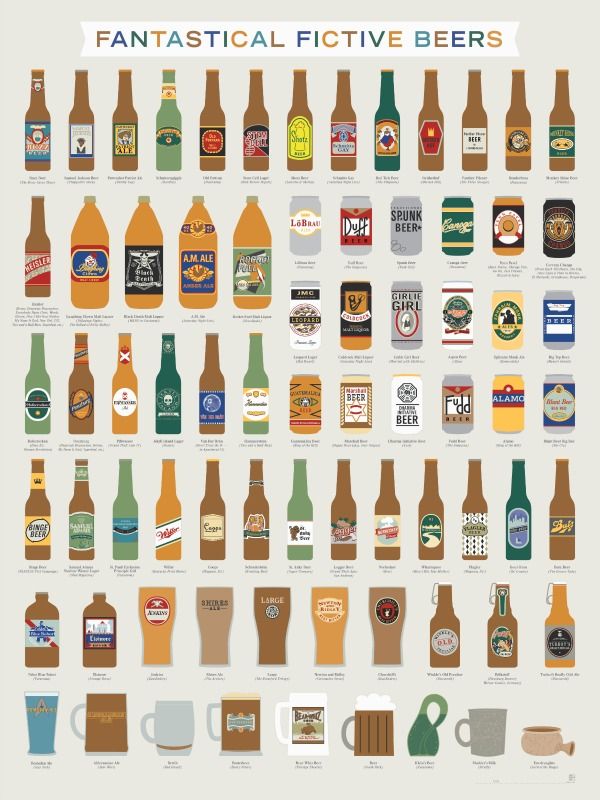 Jaime Neely — October 27, 2013 — Lifestyle
References: foodbeast
This nostalgia-inducing beer infographic will not only leave you craving a beer, but it will also take you back in time to some of your favorite movies and television shows. This illustration, titled 'Fantastical Fictive Beers,' presents a medley of delicious brews characters enjoyed throughout pop culture.

One of the most iconic beers featured on this infographic is that which was dutifully enjoyed by family man Homer Simpson -- Duff Beer. Other standouts include Samuel Jackson, which appeared in a sketch during the Chappelle Show and Family Guy’s Pawtucket Pat.

My favorite stout featured on the detailed chart is definitely Butterbeer -- that warm, delicious drink enjoyed by students of Hogwarts while away for the weekend in Hogsmeade.

Check out this clever beer infographic to see if your favorite fictional beer made the list.
3.9
Score
Popularity
Activity
Freshness