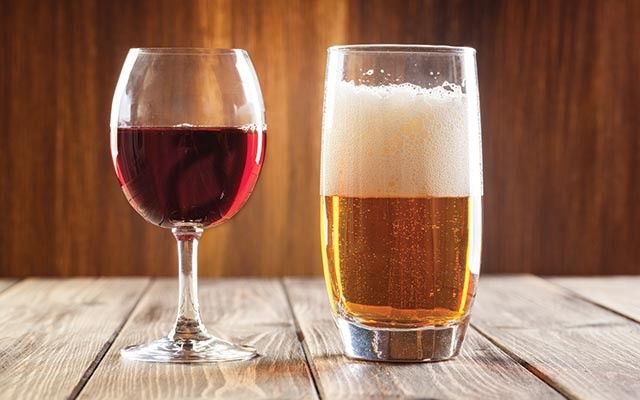 This Event Examines the Differences in Beer and Wine Pairings

Katherine Pendrill — November 13, 2015 — Marketing
References: whistlercornucopia & piquenewsmagazine
Share on Facebook Share on Twitter Share on LinkedIn Share on Pinterest
Whistler, British Columbia, is set to host an event that explores the differences in beer and wine pairings. Although most people enjoy drinking while they eat, there is an endless debate over whether wine or beer pairs better with different meals. This competition seeks to settle the debate once and for all by exploring why certain beverages pair well with certain foods.

The Cornucopia event pits beer expert Don Farion against renowned sommelier David Stansfield. The event is set to operate according to the Munk debate format, meaning the audience with vote before and after eating each meal. Four courses will be served and each will be paired with wine and beer chosen by the two experts. Although the event is set up in the form of a competition, the idea is primarily to teach attendees about how to pair different beverages with different foods. As Farion explains, "It's about opening people's eyes to what beer can do."

The event provides an interactive and educational space for attendees to learn about different drink pairings and explore the differences between wine and beer.
1.4
Score
Popularity
Activity
Freshness
Get the 2021 Trend Report FREE