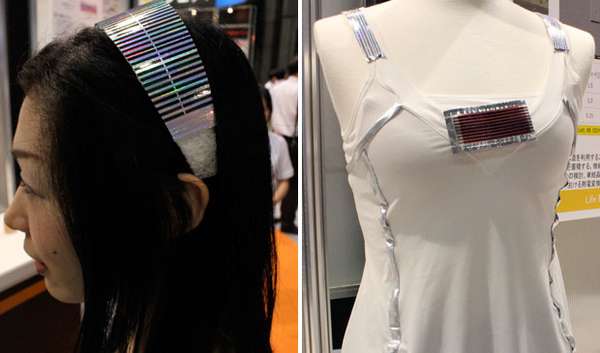 With their eyes set on the latter innovation, the Japanese research project BEANS (Bio-electromechanical Autonomous Nano Systems) set out to create wearable computers as functional as they are aesthetically pleasing. The results are impressive.

The main attraction was a dress capable of cooling or heating the wearer, thanks to a nanotech cell embedded in the cloth. Moreover, the blouse is equipped to record and transfer data via the activated nanocells. But that’s not all—the dress is able to act as a mobile phone, complete with GPS!

As researchers continue to economize production, nanotechnology will become cheaper, smaller and more discrete. Ultimately, a future where everyone’s clothes can connect to the Internet is not that far-fetched.
1.3
Score
Popularity
Activity
Freshness
Get Trend Hunter Dashboard