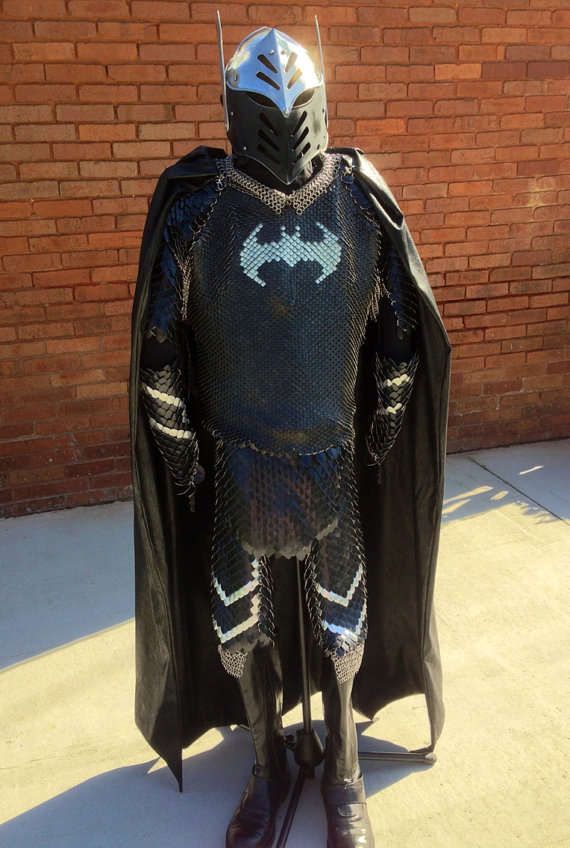 Batman Scalemaille Takes the Dark Knight Back to the Feudal Age

Michael Hines — September 10, 2013 — Pop Culture
References: etsy & technabob
Share on Facebook Share on Twitter Share on LinkedIn Share on Pinterest
Even if you aren't a fan of Gotham's favorite hero, it's nearly impossible not to like the Batman scalemaille. This awesome piece of functional fan art was created by Etsy merchant Christopher Cramer of the Etsy store Creations by Christopher. The suit weighs in at a staggering 60 pounds and is made up of 27,000 stainless steel rings, 3,000 small anodized aluminum scales and 4,500 anodized aluminum large scales.

The entire suit, save for the helmet, was made by Cramer (The helmet was purchased by modified to fit the look). The entire project took 350 hours to complete, and the result is nothing short of amazing. The great thing about the Batman scalemaille is that it can be both worn and displayed. The bad thing is that it doesn't come cheap. You'll have to pony up $9,500 if you want to wreak medieval like the Batman.
3
Score
Popularity
Activity
Freshness
Get Trend Hunter Dashboard