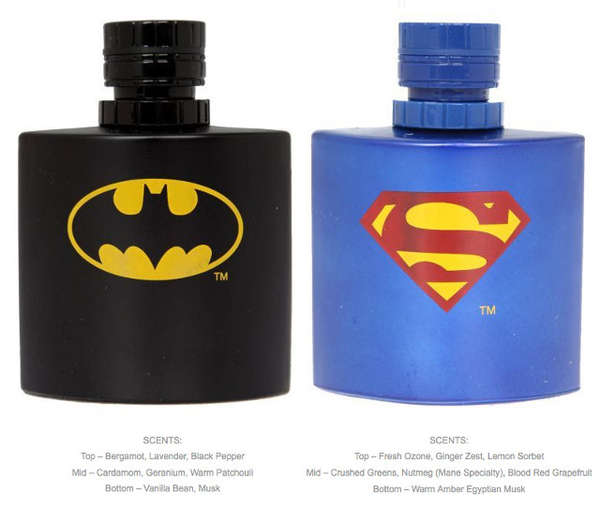 Ian Andrew Panganiban — May 22, 2013 — Pop Culture
References: hottopic & geekologie
The Batman perfume will help any civilian smell like the Dark Knight. Every Batman fan wants to know what it's like being Batman, but since it's far too dangerous stepping outside during the dark, smelling like their favorite Dark Knight is a lot more reasonable.

The Batman and Superman-scented colognes made by Marmol & Son will help comic book fans embody their favorite comic book heroes in a way where it doesn't get anyone hurt. Hints of lavender, black pepper, Vanilla Bean and several other extracts embody the musky smell of Batman -- musky does seem like the appropriate smell for the caped crusader. The Superman cologne has a more zesty smell made from him. Once the cologne cases are empty, one could reuse them as storage cases for other liquids.