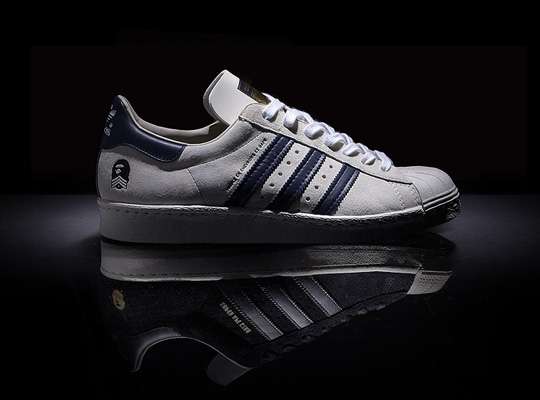 It's not the first time the Japanese brand has collaborated with the sports company, but it has been a couple years. Now that the BAPE x Adidas Originals 2011 Sneakers have finally been revealed, I can say that it doesn't disappoint. The style is vintage low-top Adidas with a white upper and three blue stripes with the words ‘Trefle en Chevrons et Bape’ written beside them. On the back heel of the shoe and the tongue is where you'll find the BAPE head. Also, if you look inside the shoe, you'll see the trademark Bathing Ape camo-theme that they're well-known for. Look for these bad boys to drop Aug. 13th.
5.8
Score
Popularity
Activity
Freshness
Attend Future Festival Virtual