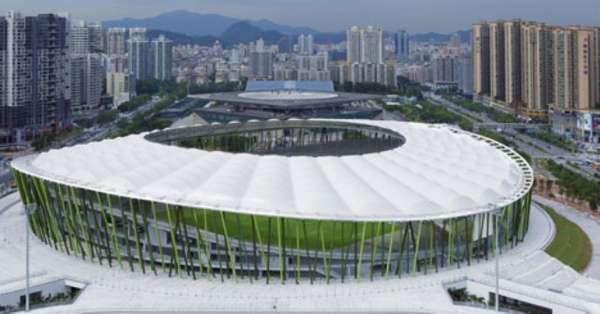 The stadium has a natural look, as both its upper deck and roof are supported by stanchions designed to look like stalks of bamboo. The stanchions give the stadium a unique look unlike any other sporting facility in the world. Bao’an Stadium is designed for both soccer and swimming as the massive construction also includes a full-sized swimming pool. The stadium has already opened, and will be holding soccer events up until the game's closing ceremonies on August 23rd. The stadium seats 40,000 spectators, and the city of Shenzen plans to continue using the stadium after the games end.
5.4
Score
Popularity
Activity
Freshness

Rubber Stadiums
Vancouver's Empire Field Stadium Made is Made With 22,000 Recycled Tires