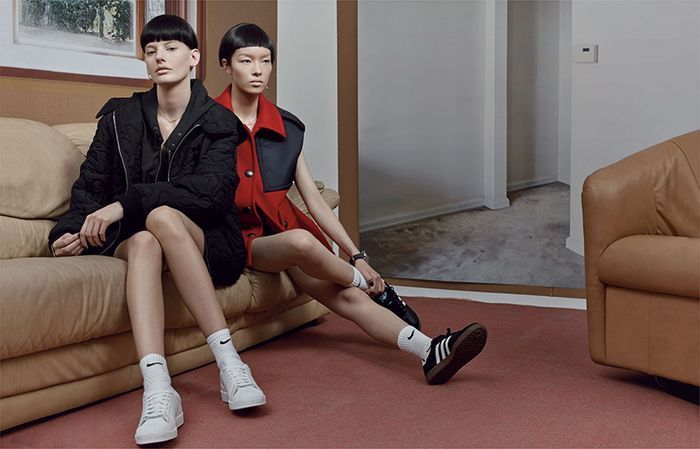 The W August 2014 Banal Plus Photoshoot is Entirely Uncaring

Despite the cool attitude that characterized this set, Enninful brought in playful elements via upscale athletic looks. Thick nike socks were paired with slip on sandals and beanie hats, making the women appear poised for a jog along the block.