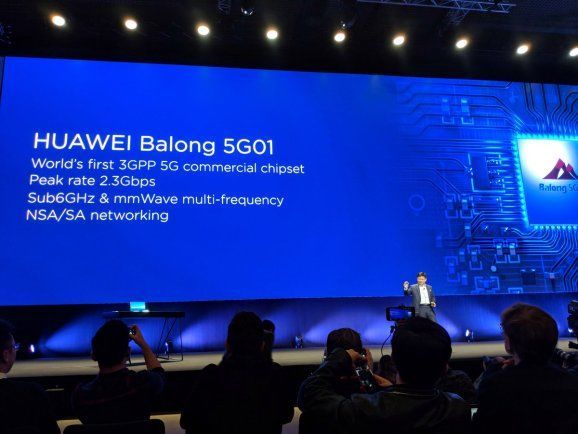 Justin Lam — February 27, 2018 — Tech
References: venturebeat & cnbc
Share on Facebook Share on Twitter Share on LinkedIn Share on Pinterest
China's Huawei has taken a major lead int he race to the 5G market with the release of the Balong 5G01. The Balong 5G01 is officially the first commercially available 5G chipset that is capable of eventually enabling network speeds of 20Gbps, but can already hit speeds of 2.3 Gbps. The release of this new chip does two things for Huawei and both position them as a leader in the 5G race. Firstly, Huawei is now the only supplier of commercially available 5G chips and will be able to control the market depending on who the buyer is. Secondly, Huawei is now poised to control more of its new phone designs as it does not need to rely on external suppliers for 5G technology.

The announcement of the Balong 5G01 was also followed up by Richard Yu, CEO of Huawei's consumer business, stating that the company is aiming to launch a 5G phone with this new chipset int he second half of 2018. Huawei is now miles ahead of much of its competition as brands like Intel, Microsoft, HP and Lenovo are still in the early phases of 5G development.