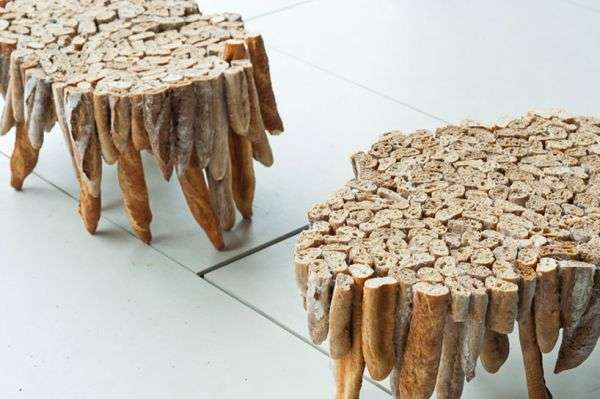 Meghan Young — February 12, 2013 — Eco
References: studiorygalik & neatorama
Share on Facebook Share on Twitter Share on LinkedIn Share on Pinterest
Parents often tell their children not to play with their food, but clearly the artists behind the design collective known as Studio Rygalik never took the message to heart, at least not when making the Baguette Tables. Of course, this is more than just messing around. The Baguette Tables were created to bring awareness to food waste.

As the designers, Gosia and Tomek Rygalik, behind the Baguette Tables note, "Food thrown away in Vienna could feed half of the population of Graz." Part of a bigger bread experience, at the Vienna Design Week Laboratory, people were surrounded by carbs, eating bread dishes from bread tables. A clever ploy to really get people talking, the Baguette Tables also show that the materials to build from are all around us.
6.1
Score
Popularity
Activity
Freshness
Access Advisory Services