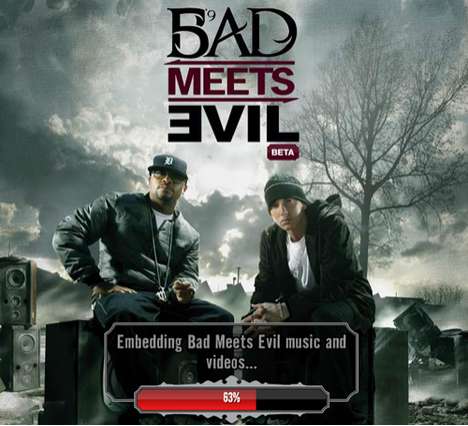 The Bad Meets Evil game is a follow-up to Eminem's recent EP titled 'Hell: The Sequel,' which also goes along with his new hip-hop duo, Bad Meets Evil, with rapper Royce Da 5’9.

The game has a simple premise: The user has to become so bad that he goes to hell. To do this, users need to gain points (by watching music videos and interviews or spending Facebook Credits) to buy weapons. The weapons are then used against your Facebook friends, in which to go to hell, you must kill. In the background, Eminem's EP plays and helps to motivate the users.

Implications - Social media games have become a unique way to target fans. If it offers them the ability to compete against other fans, they will do so in order to prove their ultimate fan status.
2.8
Score
Popularity
Activity
Freshness
Get Better and Faster