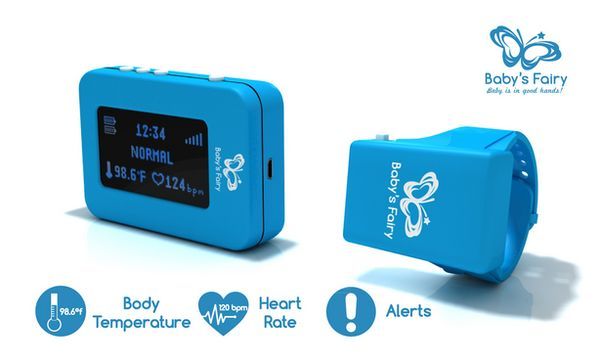 Currently an Indiegogo campaign to raise funds for the project, the Baby's Fairy consists of a wearable wristband and a parent base where a baby's heart rate and body temperature can be monitored for any changes or abnormal signs. Slated to be released in December 2013, parents can be within a range of 30 meters and monitor the baby's status when the wristband is attached to the baby's left wrist.

The wristband uses a advanced heart rate sensor as well as a micro resistor to monitor body temperature. The parent base, which is similar in size to a smartphone, displays live information, including vital sign status, connection strength and battery level, and has an in-built alert system. The Baby's Fairy doesn't require any additional installations or app downloads, and can be used straight out of the box.
4.5
Score
Popularity
Activity
Freshness
Access Advisory Services