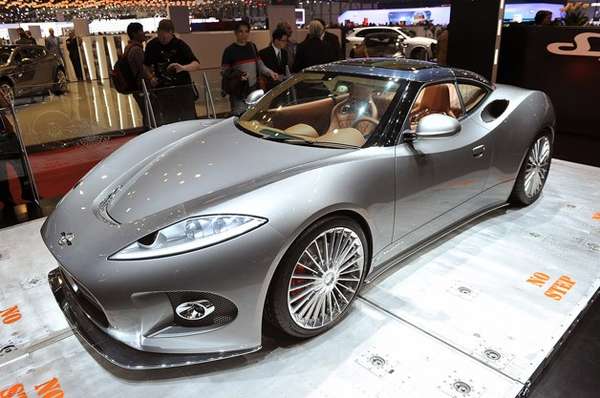 The B6 Venator Signals Spykers Return

Michael Hines — March 8, 2013 — Autos
References: spykercars & carbuzz
Share on Facebook Share on Twitter Share on LinkedIn Share on Pinterest
Spyker announced its return to automotive relevance at the 2013 Geneva Motor Show in a big way with the debut of the B6 Venator. The B6 Venator is the newest car from Spyker and the first since the automaker's parent company Saab went belly under. The B6 Venator was designed Victor Muller, the company's CEO, and is a shout to the company's past automobiles and aircraft.

The B6 Venator is powered by a V6 engine good for 375 horsepower. It won't exactly smoke a Lamborghini in a quarter mile, but the newest Spyker is more about style than speed. The B6 Venator has an ultra-modern exterior and decidedly retro interior. The Dutch sportscar weighs in at under 3,100 pounds thanks to its aluminum chassis and carbon fiber panels. No exact price has been given, but Muller did say that the Venator would cost between $125,000 and $150,000.
4.5
Score
Popularity
Activity
Freshness
Get Trend Hunter Dashboard

Spyker C12 Zagato
Prepare To Be Blown Away
play_circle_filled