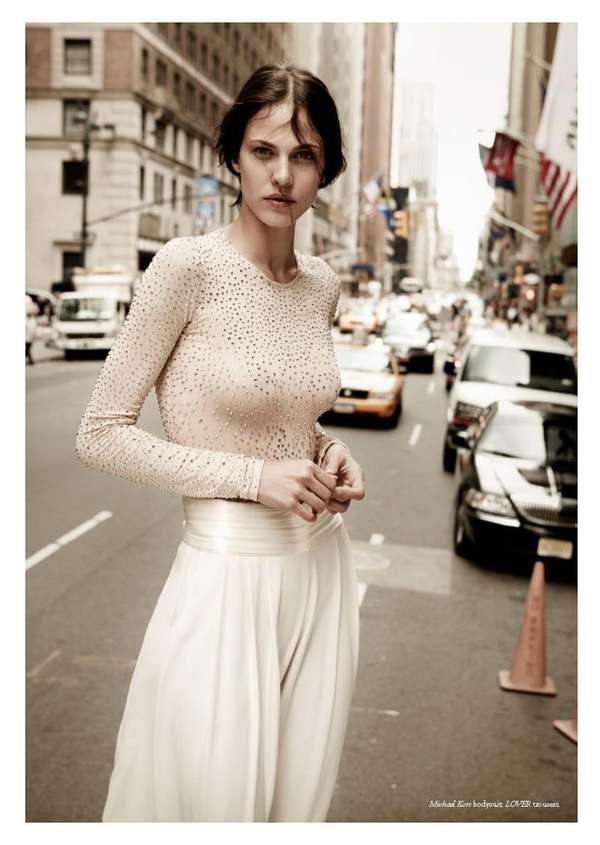 Her full scale assault on the world of fashion editorials takes another step in the right direction in this shoot. She manages to look alluring, stoic, playful, and mysterious in the editorial, each of her facial expressions exuding a range of emotion many actresses would be jealous of.

My favorite shot of the Aymeline Valade Russh #41 editorial features the French supermodel on a dirty and broken down mattres bog spring, jumping for joy. The duality of carefree fun and gritty big city living is perfectly encapsulated in the shot.