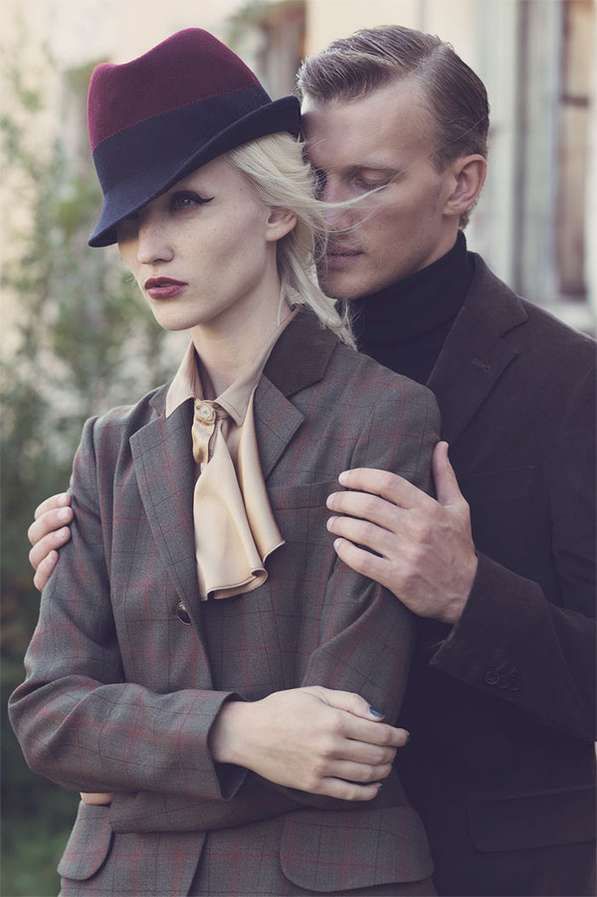 The Aydan Kerimli '2' Series is Elegant and Retro

In the series, the Moscow-based photographer trains his lens on two dapper models, Peter Rykov (Black) and Shershen Anastasia (President) adorned 1920s-inspired clothing as styled by Vadim Galaganov (GQ Russia) and with period-appropriate hair and makeup from Savva Saveliev. Of course, the editorial would not have been possible without the direction and management of producer Tatyana Pronskaya, and for this she deserves credit.

The elegant and dashing couple are reminiscent of characters from an F. Scott Fitzgerrald novel. In fact, if it were a film adaptation rather than a fashion editorial, one could be forgiven for thinking that Rykov and Anastasia were playing Nicole and Dick Diver from 'Tender Is The Night,' a novel about the waxing and waning relationship of two dashing socialites during the 1920s.
3.6
Score
Popularity
Activity
Freshness
Get the 2021 Trend Report FREE