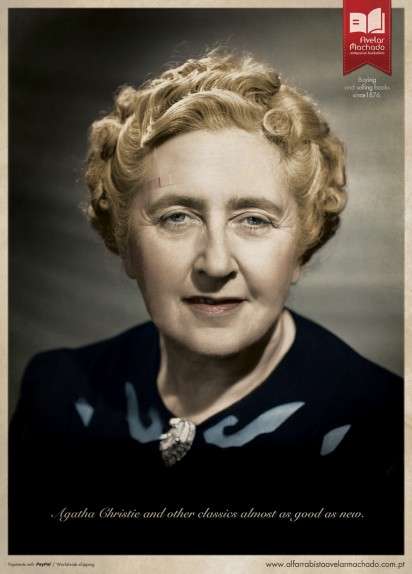 The Avelar Machado Antiquarian Booksellers Campaign is Good as New

Meghan Young — April 30, 2012 — Marketing
References: draftfcb & ibelieveinadv
Despite the fact that used books are often significantly cheaper than new ones, people often opt for the latter because of their pristine quality; the Avelar Machado Antiquarian Booksellers ad campaign shows that besides a few minor scrapes, their used books are "almost as good as new," which is stated in its tag line. In business since 1876, they have to be doing something right.

The Avelar Machado Antiquarian Booksellers ad campaign was created by Lisbon-based ad agency DraftFCB. It features authors Mark Twain, Agatha Christie and James Joyce, all of whom have been bandaged in some barely noticeable way. The campaign was art directed by Ana Quina with creative direction by Duarte Pinheiro de Melo and Luis Silva Dias.
2.9
Score
Popularity
Activity
Freshness